Michael and Sam discover the location of Bill Johnson (Joe Kimble) by going through his trash and finding laundry bluing, a staple among spies to prevent snooping in trash. Michael returns to his loft to find Larry Sizemore (Tim Matheson), a former mentor of Michael’s. Larry offers Michael $20,000, but then Michael raises it to $30,000, to kill a nurse named Jeannie (Amy Pietz) who stands to gain a lot of money when her ailing husband dies. Michael and Fiona track down Jeannie and inform her that Drew (Zachery Ty Bryan), her stepson, has placed out a bounty on her head. Michael protects Jeannie by faking her poisoning, aided by Fiona’s new boyfriend, Campbell (Gary Weeks), a paramedic. Larry kills Drew to cover his tracks and leaves Miami. Michael and Sam follow Bill Johnson into a building and find out that Carla has been using Michael for tactical support for an unknown operation. Michael had collected the ID card for entry into the building (Episode 2), and the rifle that sniper Bill Johnson would be using. Michael also attends family counseling with his mother. 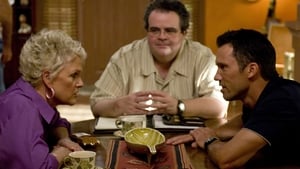 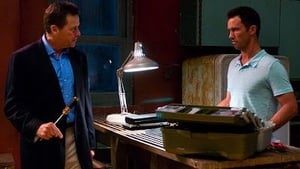