The BAU heads to Bethesda, Md., to investigate four murders in the span of three days along the eastern seaboard. The crimes become personal for Alvez, when the team discovers there are ties to his time spent five years ago working alongside the DEA and the Mexican police force in pursuit of the most notorious hitman in Mexico. Alvez and his girlfriend decide to move in together. 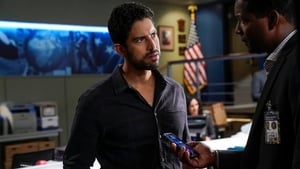