After a young woman is sexually assaulted and murdered, Detectives Olivia Benson and Eliot Stabler track down the woman’s boyfriend – their first suspect – but learn that he is a devout vegan who wouldn’t hurt a fly. They soon find that the victim had been deeply involved in the fight to expose questionable practices in the meat-packing industry, even going undercover at a large company to find out the truth. Benson goes undercover herself to retrace the woman’s footsteps and to identify who the victim might have angered along the way. 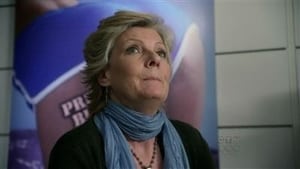