After a man flashes customers at an electronics store, it is discovered that someone who matches his description has recently raped three young girls. Captain Donald Cragen orchestrates a movement to catch the rapist, and a rookie cop makes an arrest. Detectives Olivia Benson and Eliot Stabler confirm that they’ve found their man, but after ADA Jo Marlowe expresses some doubts, it is soon discovered that the so-called rookie may have some secrets of his own. 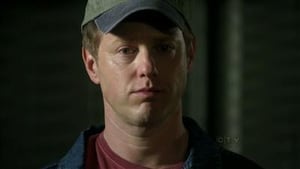