The detectives become a little edgy after working around the clock to find an abducted girl when clues point to a serial murderer and rapist who kills his victims on the third day. After trapping the killer, they are prepared to give him the death penalty untill they find out that one of his victims was ever found and offers her location as a plea bargain. 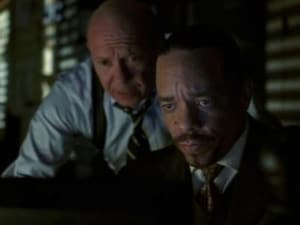