After the homosexual poster-boy for a sexual re-education group is found murdered, the detectives suspect an outspoken minister who was in the process of flooding the victim with hate mail and death threats. When the activist’s alibi checks out, the detectives turn their attention to a professor who objects to the victim’s thesis on the failure of sexual re-education groups. 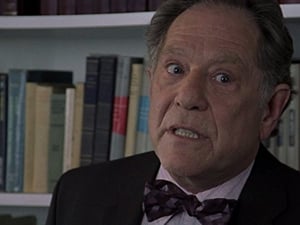