After a dating service is linked to three rapes, Olivia goes undercover to ferret out the rapist and meets Mike Jergens, a surgeon who enjoys controlling the women in his life. The detectives are soon led to his girlfriend, Cora Kennison, but shortly after testifying in the grand jury hearing Cora marries Mike. After Cora attempts suicide, Mike fights her mother, Virginia, to unplug her feeding tube. 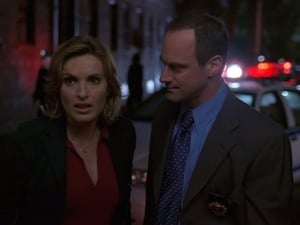