A woman’s body is found murdered in a park alongside a man with a bullet in his head – Benson and Special Agent Cooper join forces and suspect “The Woodsman”, a serial killer Cooper has tried to catch for years. Lake and Benson begin to question Cooper’s true motives when the male victim is later identified as “The Woodsman”. 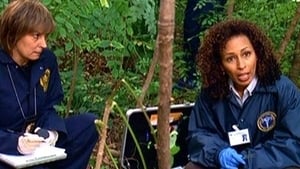