As Carter is resisting interrogation at the SSR, Jarvis appears with a fake signed confession from Stark, promising surrender if Carter is released. Carter sees Ivchenko communicating in Morse code with Underwood, and reveals the truth about her own investigation to her colleagues to gain their trust. Ivchenko hypnotizes Dooley and has him steal one of Stark’s weapons from the SSR’s labs: a gas cylinder that Underwood and Ivchenko activate in a crowded cinema before leaving and locking the door behind them. The agents find Dooley wearing a Stark experimental vest given to him by Ivchenko, which Jarvis explains will explode with no way to deactivate it. Dooley jumps out a window moments before the device detonates, killing him but saving the others. The gas in the cinema makes many in the audience become maniacal and attack each other violently, and when an usher arrives soon after, the entire audience is dead. 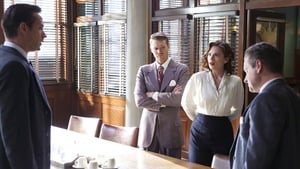 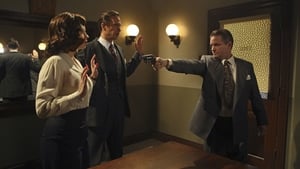 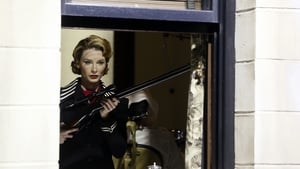 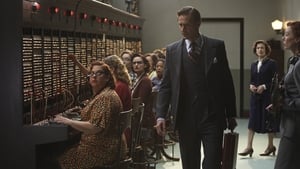 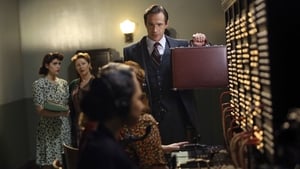 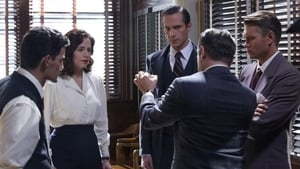 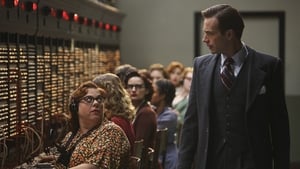 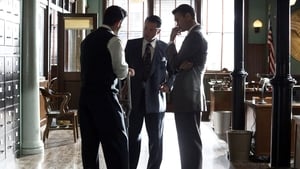 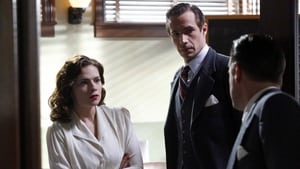 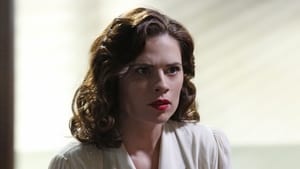