Person of Interest TV Series | Where to Watch?: 3x3

When the Machine gives the number of Ian Murphy, a man suspected of being a stalker, Reese along with Shaw recruits Carter, Fusco and Zoe to investigate further into his background. But when they discover that Murphy has a son from a former lover who is now dead, they work to reunite the boy with his father and right the wrong set in motion by the boy’s grandfather, who wanted Murphy dead after he didn’t approve of him and saw him at his daughter’s funeral. Meanwhile Root sets her escape plan in motion with the help of the Machine when government operative Hersh tracks her down. Finch arrives at the hospital and finds to his horror the hospital staff incapacitated and Root gone. 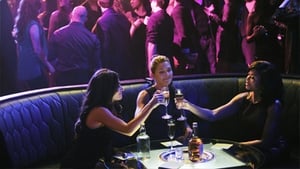