Everyone believes that Malik is gay after Robin Given’s implies this while on national TV as the reason for their breakup. While Malik is teased by his teammates, its revealed that another player on the team is gay, but can’t face being outed. Meanwhile, Derwin accuses Melanie of dating a doctor while at work. 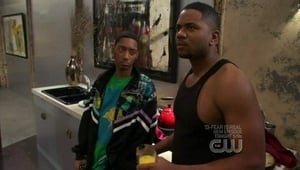